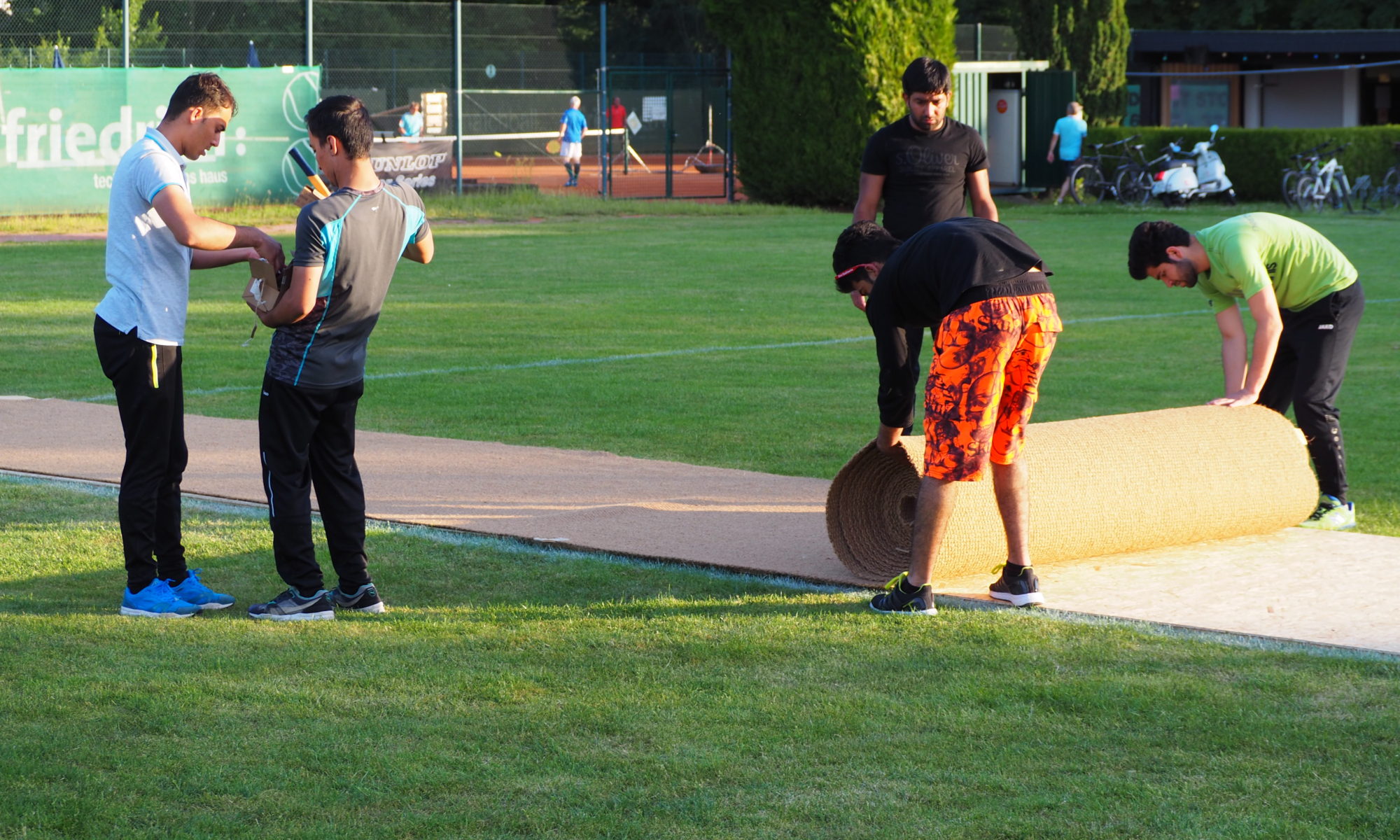 The Aschaffenburg cricket club was formed by a private cricket team founded by Shaheer Nasrullah. Coming from Afghanistan, he knew a lot of cricket-enthusiastic youth, most of whom also originate from Afghanistan. The team grew steadily, so that during 2016 we began to set up our own club. Ultimately, however, it turned out that this project would require a lot of energy, money and time, so instead we decided to look for a suitable club with the existing infrastructure (most importantly a large playing field).
We then came together with the DJK Aschaffenburg, which was a huge stroke of luck for us.
The Aschaffenburg DJK has with 16 divisions and over 1,000 members ans is an ideal club in which to integrate the sport, get to know new people and play other sports.Shaheer himself plays cricket since his childhood, is currently also an active player in a Hessian team and thus predestined to be coach and motivator.
Meanwhile, our cricket team is a member of